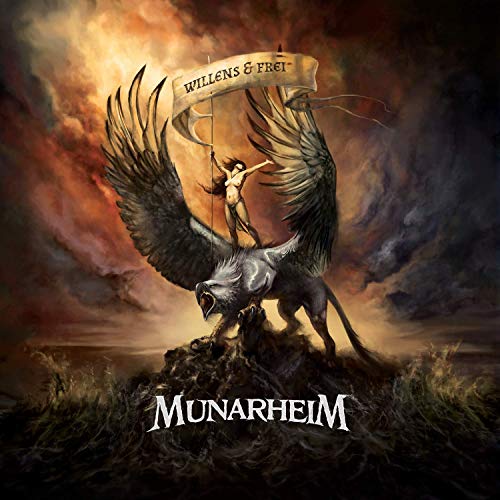 What the hell is a Rare Field Ceiling?

Yellow Eyes’ fourth album Immersion Trench Reverie was one of my black metal highlights of 2017, so I was pretty excited for the follow up. Rare Field Ceiling (what does that even mean lol) is a much thicker mixture of dissonance than its predecessor. While it’s a good effort, I can’t help but be left a bit cold, if only because of the weight of expectations. Rare Field Ceiling eschews the alpine atmosphere that kept me coming back to Immersion Trench Reverie. While I’ve enjoyed it each time I’ve listened to it, this one hasn’t become a staple in my black metal listening diet the way its predecessor has.

The Skarstad brothers, who lead the band, have said that leading up to the album there have been a series of devastating health crises in their family (God, I wish that wasn’t so relatable), and that it couldn’t help but have a big impact on the album. I think this makes a lot of sense. While you still have some subtle melody, as well as samples of bells, women’s choirs and the like, this is a much darker album than Immersion Trench Reverie. The production is intentionally rough and muddy and they lean much harder on their dissonant side than their melodic one. While Immersion Trench Reveries brought to mind images of forests and mountaintops, Rare Ceiling Fan almost has the atmosphere of an industrial wasteland. Actually, it reminds me a lot of the movie Stalker where it’s still in sepia and they’re sneaking through the industrial section leading up to the zone.

Yellow Eyes have long had an obscure streak, but I find the song titles to be particularly amusing here. With song titles like “Light Delusion Curtain” and “Nutrient Painting”, thematically they can be as obscure as the music sometimes proves to be. The production here is raw and muddy, the songs structures atypical and everything kind of congeals into this thick, molassesy stream of dissonance. We do have some off-kilter melody penetrating the murk, and it’s a welcome inclusion. Mike is as good as always on the drums, and the rasps are strong and pained. The album is a very dreary affair that kind of ends up blurring into one experience, rather than there being standout songs.

It’s pretty funny that one of the brothers takes on gigs like making commercial Christmas music for Reese Peanut Butter Cups commercials. The swirling shroud of dissonance that comprises Rare Ceiling Fan is about as far away from that world as you can get. While this does not reach the towering alpine peaks of Immersion Trench Reverie, it is still a welcome addition to the Yellow Eyes discography. Featuring a much more dreary and opaque vibe, it is good at what it does an still one of the stronger black metal albums I’ve heard out of 2019.